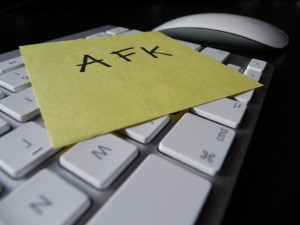 My generation grew up with computers.

At primary school, BBC Micros took hours to programme, and Donkey Kong was passed around the playground. By secondary school, the intrepid few dialled up their PCs to BBSs, and Windows was pretty but frustrating. In sixth-form college, a lunchtime stampede fought over the few machines connected to the nascent internet, and Hotmail was illicit but amazing.

And then we started talking not just to our friends, but to the world: SixDegrees led to Myspace, Geocities and LiveJournal, and you could have ‘friends’ across the world whom you’d never met. Some became real-world life-long friends, a few even got married, and even the crazy stalkers seemed more entertaining than frightening.

But somewhere along the way the internet grew up, and so did we.

No matter how often I resolved each January 1st to post more on LiveJournal, the digital dust gathered in my old cyber-haunts. With real jobs and real relationships came real responsibilities, and no more would we or could we hang out all night talking rubbish online. We set up walled gardens, rather than advertise our lives to the world. Facebook killed the internet star.

And even when we now shout at the world online, we do it 140 characters at a time, barely enough to compose an original thought. Sesquipedalian tendencies are a monumental liability. We tweet, but we never sing.

So therefore, I shall write again. This may be a blog, or just a series of disjointed thoughts. It may be occasionally meaningful, but probably mostly meaningless. Profundity and bathos, those two other impostors, are rarely far apart. But it still feels good to be writing again.

Do stay a while, won’t you? I shall try to do likewise.

This site uses Akismet to reduce spam. Learn how your comment data is processed.